One of his aides who spoke under anonymity said he was shot in the face and rushed to the Accident and Emergency centre in University College Hospital(UCH), Ibadan today, Saturday March 9, 2019.

Confirming his death, speaker of the Federal house of representatives, Yakubu Dogara tweeted, ‘I received with shock, the sad and distressing news of the assassination of my brother and colleague, Hon. Olatoye Temitope Sugar, in Oyo State today. The murder of Hon Sugar in election violence today is primitive, wicked, inhumane, barbaric and highly condemnable’. 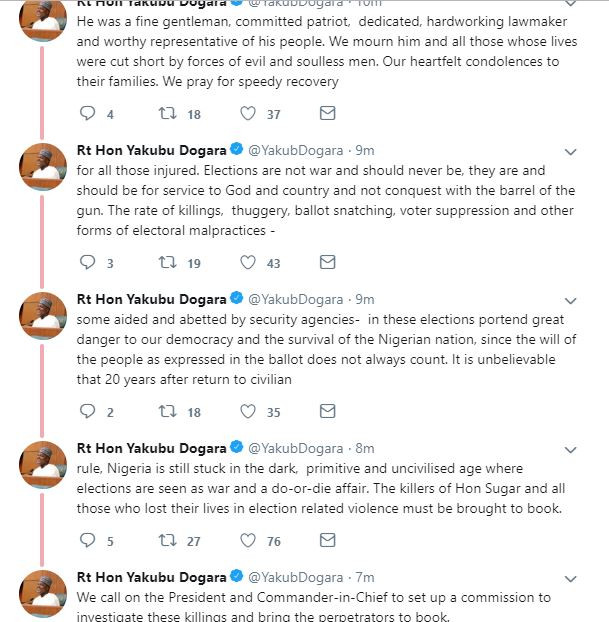 Vote against politicians without commitment towards provision of clean water – PROF. OBIOMA NWAOGUDecember 14, 2018